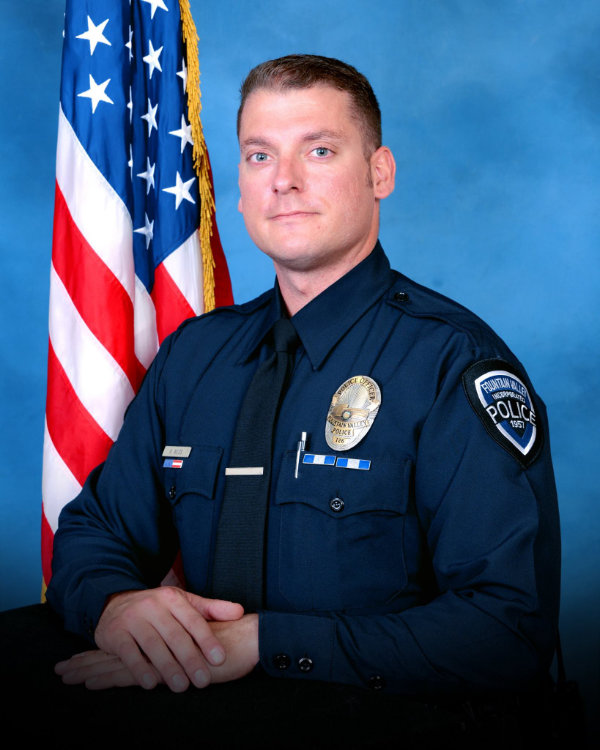 With a heavy heart that we share the passing of our brother Officer Richard G. Nilos, 35, of Corona.  Rick was a valued member of the Department and will be greatly missed.

Rick was an 11-year veteran of the Fountain Valley Police Department,  having been hired by the Department while attending the Police Academy at Palomar College.  Prior to his law enforcement service, Rick served as a United States Marine Infantryman and was among the first to enter and liberate Iraq under fire in 2003 as part of the First Marine Division.

Rick was a husband and father to three boys.

Person’s wishing to make donations* to Rick's family should make checks payable to:

We appreciate your support.

*501(c)3 all donations are tax deductible